A unique project for children and youth   who deserve to be taken care of. 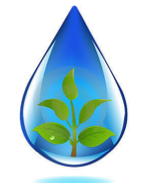 The Koinonia Community has taken the initiative to realize a Rehabilitation and Reintegration Centre for street-children in need in Nkaimurunya, Ongata Rongai, Nairobi area.   We do strongly believe that one of the biggest challenges for the future development of Kenya is to establish a strong generation of young people that are able to make a difference in this country.  Although we do understand that this is a big challenge, we are convinced by the fact that every great journey starts with one little single step.

To make this journey happen we do need the support of other organizations with the same vision and mission who do believe that real change is possible. 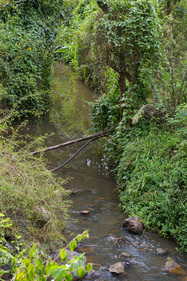 Tone La Maji (TLM) is located in the Nkaimurunya area in the town of Ongata Rongai with about 200.000 (see Wikipedia) inhabitants. Ongata Rongai is very near to the city of Nairobi. Much of the population goes to work every day in Nairobi and among these are many servants, cooks, gardeners and chauffeurs who go to work on foot in the villas of the noble neighborhoods of Nairobi called Karen and Langata.
Ongata Rongai is separated from Nairobi by only a small green belt and the Mbagathi River that forms the boundary to Tone La Maji.

TLM stands on a plot of 40,000 square meters, 15,000 of which are used as park and cannot be used in any other way (by law), 10,000 for residence and school, the remaining 15,000 square meters are available for future projects. (see the Special projects page on this website) Tone La Maji has a drilled well that can provide 5,000 liters of water per hour and there is an opportunity to use the water of the river that marks one of the boundaries of the property.

The “Koinonia Community" engages itself to respect the Kenyan Law in all its details.

The Tone La Maji Rehabilitation Centre is officially registered as a Charitable Children’s Institution under the
Children Act No. 8 of 2001 at March 27, 2014 with the following Registration Number: CS NO. 000509
for the period of March 2014 to March 2017.